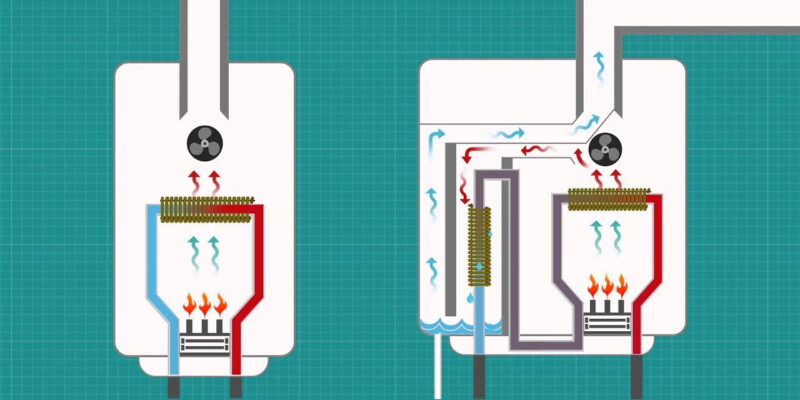 If the unit has EF 0.8 and we translate it into dollars, that would mean that for every dollar of gas you put into the unit, $0.8 are going to be transferred into the hot water, and 20% is going to be lost in the atmosphere due to inefficiency. Keep in mind that with the tankless water heater, we do not have stand-by losses.

They’re only going to heat up when the faucets are opened and there’s flow through the unit, which means it’s calling for hot water. If you compare this to the traditional tanks, tankless water heaters are also 15%-20% more efficient than a standard tank-type unit. So you’d ask, why would I choose a non-conditional tankless water heater over the conditional one? Let’s look at the pros and cons of each type.

They are based on very old, proven, and mature technology. They have fewer parts involved, there’s less to go wrong with them. It also costs less initially to install the non-condensing unit. And you don’t really have to worry about disposing of the condensate.

But there are also some downsides. Especially with the units for indoor installation. They require a stainless steel vent pipe. Because the condensation that might occur in the pipe is very acidic and because the flue gases are pretty hot (up to 300 degrees) you’ve got to use expensive piping.

Now with the condensing models, you don’t have this problem. The pipes are going to gather water. And as it gathers water and condenses that water, that’s how it rings out the extra efficiency. But it also means that it has to have a place where it can drain to. The big beauty of the condensing tankless water heaters is that you can vent with PVC pipes. You can plug in a standard and inexpensive PVC in the air intake.

The gas that’s going to come out of the heater is only 100 degrees, so you can use a standard PVC pipe on the air exhaust too.

So condensing water heaters are more efficient and PVC venting can be a big deal. Because you can seal around the heater. It’s very good from the air sealing standpoint because it means you can mount a heater in a laundry room or in the basement.

You just plug in the pipe, spray foam and caulk around that and seal it really well so that it doesn’t have any air leakage.

What Size Tankless Water Heater Do I Need For My Home

How to Choose the Right Hacksaw Blade 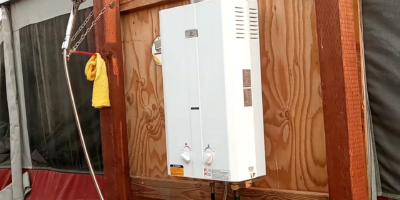 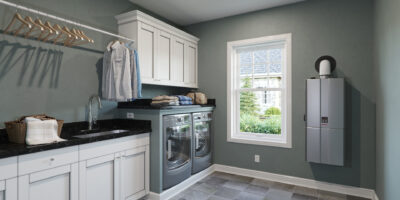 What Size Tankless Water Heater Do I Need For My Home 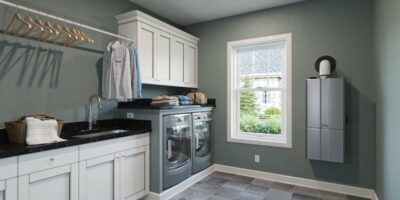