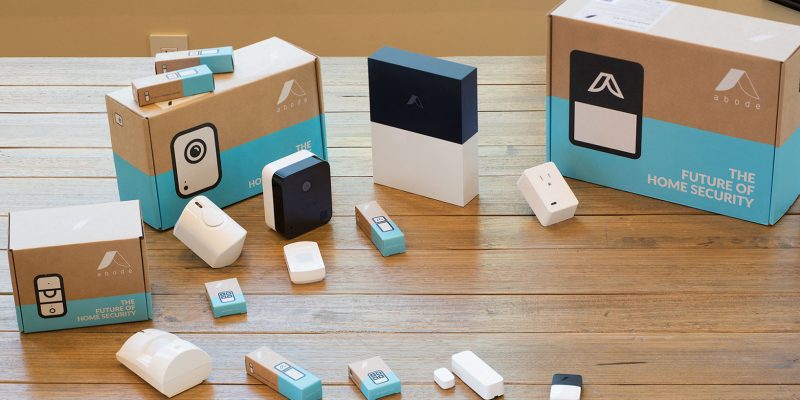 Living on the top floor of a condo building for the last six years provided me a feeling of security that couldn’t be matched by a home security system. I felt no need to install motion sensors or door/window sensors throughout our unit as I was pretty confident that nobody would be scaling up the building to break into our unit, nor did I feel that anyone would dare break in the front door past the locked security door and barrage of building security cameras. It wasn’t until we moved into an actual house did I feel the need to research home security systems to protect me and my family.

When I first started my research I went to all of the big names first, like ADT and Xfinity. I even had ADT people coming to my door for at least 3 weeks after we first moved in, but I wasn’t ready to pull the trigger. In actuality, I just didn’t want to sign a contract that forced me into paying almost $30 a month for a service that, in all likelihood, I would never use.

I grew up in a house without a security system and never once did we have an issue with break-ins… (knock on wood).

I was completely skeptical about the whole security system thing in general, but my wife felt that it would be a sound investment for our protection, and the protection of our children, so I pressed on.

After getting things settled around the new house, I started talking to an electrician friend of mine about home automation and what we could do around the house to take advantage of all the new smart home tech hitting the market, and that’s when we started talking about Abode.

At first glance, Abode seemed to offer everything I was looking for in a security system. It integrates with a lot of home automation products, it only charges you for off-site monitoring if you choose to pay for it, it’s easily controlled from a smart phone, and all of the components are wireless and easy to install. It sounded like a no-brainer, so I went ahead and ordered the starter kit along with a few additional sensors.

Abode puts together a very nice starter kit to ensure that you have a well-rounded set of sensors to protect your home right out of the box. If you have a larger home, or a home with more than two entrances, you will want to consider picking up some extra sensors, but the starter kit does a good job of, well, getting you started.

The starter kit comes with  the Abode Gateway, which is the brains of the operation. The gateway connects directly to your internet router and comes with a built in 93db siren, 12 hour backup battery, ZigBee, Z-Wave and AbodeRF support (for home automation compatibility), as well as cellular backup if you choose to enable it.

In addition to the gateway you also receive 2 door/window sensors, 1 indoor motion sensor w/camera, 1 remote key fob, iOS and Android app access as well as web access to control the system. All of this comes to you without any sort of monthly service fee.

If you’re looking to jump right in with a security system then the start kit is the way to go, but I was looking to add a little bit more than the starter kid offered so I also received an additional 2 door/window sensors, 1 motion sensor w/camera, and 1 wireless keypad.

I work from home so I wanted to make sure I had some extra protection for my home office, so a door/window sensors in addition to the motion sensor seemed like a good way to make it secure. And the wireless keypad was a suggestion from my friend as a way to let my parents or friends into the house when we’re not around, allowing them to manually turn off the alarm system if needed.

Installation of the actual devices throughout your home is very simple and intuitive. All of the sensors and cameras adhere to your doors, windows, and walls using 3M tape that is included on the devices. If you’re a little skeptical about these devices being installed by just a piece of tape, I was too, but there’s no reason to worry. The heavy-duty 3M tape that is used on the devices is more than enough to keep them stuck in place for years to come. The devices themselves are extremely lightweight and I’ve hung other things in our home using a similar tape with no issues.

Taping the devices in place was very easy and straight forward, however the one issue I did have was you have to make sure that the door/window sensor pieces line up exactly so that they know when the doors/windows are open and closed. The doors in our home have trim around them, so I had to angle the sensors on the trim in a way that allowed the sensor pieces to communicate with each other each time the door was opened or closed. Depending on the way your doors are setup, you may have to experiment with the actual placement of the sensors to ensure that they properly detect the doors/windows opening and closing.

Setting up the devices with the app was also pretty straight forward and a fairly easy process. If you order the starter kit then the devices within that starter kit are already linked to the gateway and ready to go. Once you get through the initial setup of the gateway, those devices will automatically appear as part of your system and be ready to go once you remove the little plastic piece preventing the batteries from making a connection.

When it comes to adding extra devices, outside of the starter kit, I did run into a small issue. I could not get my 2nd Motion Sensor w/ Camera to link to my system and had to contact customer support. Support had me go through a slightly convoluted process within the web app in order to set the gateway into pairing mode and allow it to recognize the new device I was trying to add.

It was just this one Motion Sensor that I had issues with, I had no problem pairing the wireless keypad or 2 other door/window sensors to the existing system, but that leads me to the Abode smart phone app itself…

When it comes to arming the system and basic settings through the app, I had relatively no issues, but when it came to adding certain devices (even 1st party Abode devices), the app was less than intuitive. For some devices you can’t use the smart phone app and instead you have to open up the web app either on your phone or on your computer in order to add them. I understand that Abode may not be able to determine, out of all the smart devices out there, which device you’re trying to link up, through their app, but it was odd to me that for an actual Abode product, I couldn’t go through the smart phone app itself. So that process was a little wonky for me and I hope they come up with a better solution in the future.

Outside of pairing devices and manually arming the system, you can also setup geofencing and time schedules which allow you to customize how and when your security system is armed.

Again, I had to use the website on a computer to set these up, but in this case I wasn’t too bothered by it since it probably would have been tedious to do on a phone in the first place.

Location activation lets you setup a radius around your home that will trigger the security system activation and deactivation when you leave or arrive home. If you have more than one person in the home, who has a smart phone, you can add users to your account and set it up so that the alarm activates when the last person leaves the home, and deactivate when the first person arrives back home. This is a great feature since I know I would forget to arm the system manually every time we left the house.

The geofencing activation/deactivation works pretty well and is usually pretty accurate. I hadn’t had any issues with the system arming and disarming as intended until a couple weeks ago, and now it seems like it’s not activating as we leave the intended area, but rather activating at a random time after we leave, sometimes up to an hour later. I’m not sure if this is due to my cell service, my phone, or communication between the Abode app and it’s servers, but something has definitely changed in the last few weeks to make this feature not as effective, so I’m hoping it gets figured out.

As I mentioned above, I went with Abode because it tied into a variety of different smart devices, but also because it doesn’t force you into any sort of contracts, and doesn’t even require any monthly payment to maintain your secure home. However, if you want that added protection, it is available to you.

One of my favorite features of Abode is the fact that if we are going out of town for an extended period of time I can purchase 24/7 protection just for a long weekend, or weeks at a time. I don’t have to sign a contract, I don’t have to pay for an entire month… I only need to pay for monitoring during the time when I am away. Of course you can always pay for 24/7 monitoring all the time if you’d like as well.

In addition to that, you can also purchase plans for cellular backup in case you lose internet connection and still want your security system to notify you when an alarm goes off.

Since the system is limited to a siren in your home (if you don’t pay for monitoring), and a notification to your smart phone, if you lose internet connection at your home, you won’t know if your alarm is going off or not. Abode will notify you if it loses connection though, so you can troubleshoot the issue, but if you’re out of town and that happens, you’re not really secure anymore. That’s where the cellular backup plans come into affect.

After having used the Abode system for a few months now I can honestly say that I’m pretty happy with it. I like the lack of monthly fees and contracts, I like how easy it is to install and setup, and I like how I have the ability to add-on to the system as my needs increase (in the form of 3rd party smart devices or more Abode devices). All my love for the system doesn’t come without a few gripes though…

I do wish the mobile app was a little more intuitive and allowed me to more easily set up different devices without having to use a computer or the web app. And I hope that the geofencing arming, disarming, issue gets resolved soon, whatever the issue may be. Other than those two things though, I really would recommend the Abode security system if you’re looking for a great way to protect your home and family, as well as a great way to tie all your smart devices together.

As of the publishing of this article, the Abode starter kit is on sale for $299 (normally $359), if you don’t require any sort of monitoring. That’s not a bad deal for everything you get out of it. So head on over to their website and take a look, it might be just what you’re looking for out of a home security system. 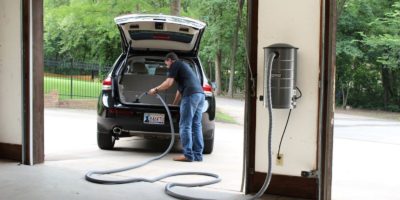 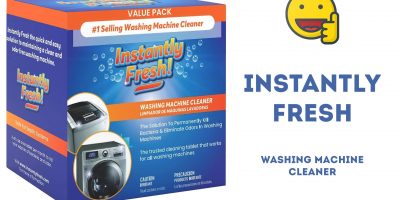 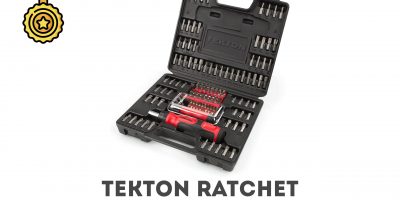