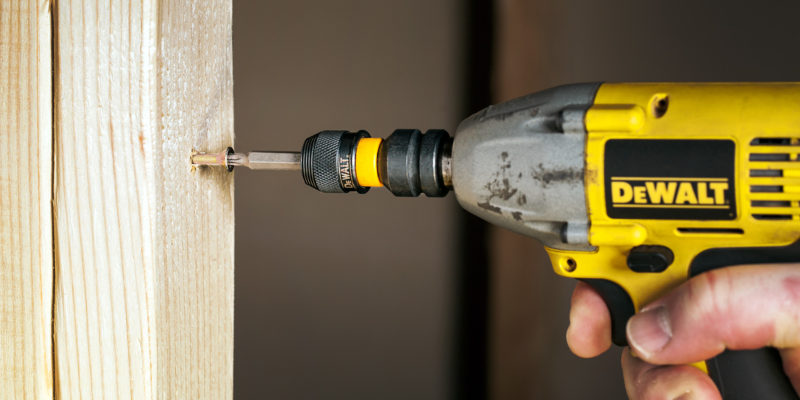 A cordless tool kit offers value – but as a homeowner – the surplus of power tools may not be necessary, and that’s where power tool accessories create versatility for a single drill.

At some point I realized the jackhammer sound of an impact driver was too annoying for home improvement projects and I went back to using a drill driver to insert and remove fasteners.

Yes, much quieter. And after some time I realized I no longer needed to keep storing another tool and got rid of my impact driver. Great, less clutter too!

But I’d run into the occasional fastener that my lower powered cordless drill drivers couldn’t handle. Now what?

Even though I don’t like the excessive noise of an impact driver for small building projects; when doing automotive maintenance and repairs, a ½” square impact wrench is a much appreciated tool to tackle the common tightly fastened bolt and nut.

The same ½” square impact wrench can also serve as a converted impact driver – using the adapters mentioned – for those few building projects that a drill driver can’t handle.

What are these adapters for?

The deep groove at the end of the shank is engaged by a metal ball or wire from a chuck to lock the bit in place.

Limited options for ½” to ¼” adapters

Locating ½” to ¼” adapters may not be an easy task, and you’ll most likely have to buy online, unless you have a specialty tool supply store nearby.

Two of the most common impact rated products we found are from DeWALT and Milwaukee. We contacted Wera about their 784C ½” Adaptor; we received confirmation that this adapter is not impact rated. 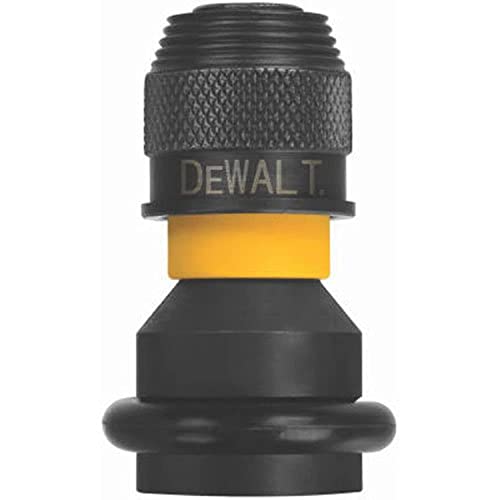 The DeWALT Rapid Load adapter doesn’t use a ball lock for the ¼-inch hex power bit shank, instead, a heavy wire locks the bit.

I appreciated the ease of inserting a bit and one-handed bit removal. After many uses and zero issues, this is the adapter I decided to keep in my impact wrench case.

**A response from DeWALT customer service informed us that the Rapid Load adapter has been discontinued and is no longer listed on the DeWALT website. However, this adapter is still available to buy online from tool distributors. 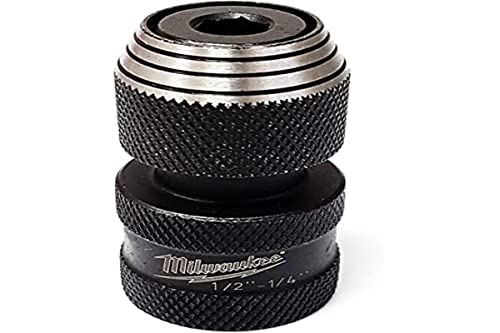 My tool collection consists of many brands, with Milwaukee being part of the collection; and I was very confident in purchasing this smart looking adapter, but there was something wrong from the beginning.

Inserting and removing bits was difficult with the Milwaukee Shockwave (48-03-4410), and after a handful of tests, the locking mechanism failed, which leads us to believe the scenarios may be related, but no other products were purchased for further testing.

A few things caught our attention during testing

If the more compact design of an impact driver is important, using an impact wrench with an adapter may not be a suitable alternative.

A ½” square impact wrench with an adapter is 1.6″ (40mm) longer, on average, compared to an impact driver.

**Tool lengths will vary between manufacturers.

Complaint – “The ¼” hex quick-load mechanism is too deep, and a short driver bit is hard to remove”.

My Response – The proper bits to use are the longer, e.g. DeWALT 2″ Power Bits, as shown in the start of this article.

Complaint – “Adapter is difficult to remove from impact tool compared to normal sockets”.

My Response – For safety, impact sockets require depressing the spring-loaded lock pin, for both attaching and removal. A screwdriver, torx, etc. will work to depress the ball spring.

Standard sockets don’t have the thru hole and just pressure fit, so they can slide on/off with greater ease.

Complaint – “Excessive wobble exists from the adapters on the ½” anvil connection”.

My Response – This issue is true and appears to be an engineering mistake.

The picture below shows the design of a IR (Ingersoll Rand) impact socket (a flatseat), where the locking pin pushes tight against the back wall of the pinhole, allowing zero movement.

Both DeWALT and Milwaukee (right) copied the tapered seat design of a standard socket, thus allowing the adapters to sit further back on the ½” anvil. This makes the pin sit more forward or center of the thru hole (allowing 1-2mm of loose travel).

Note: The wobble only exists in static mode and has no effect on driving a fastener once pressure is applied. 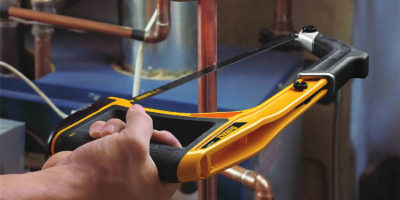 How to Choose the Right Hacksaw Blade 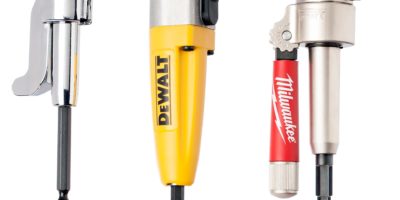 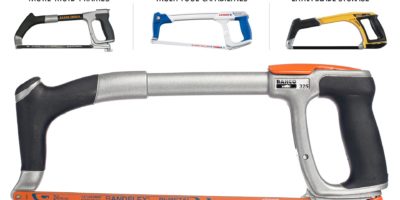